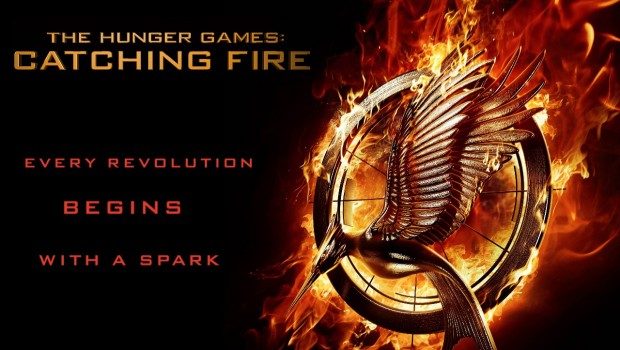 Tarzan and Jane here from the middle of the Pacific and while this post isn’t the most timely, maybe it will help those few people who haven’t yet watched The Hunger Games Catching Fire to help them decide on the Pay Per View or the DVD purchase which is estimated to be released in March, 2014.  Highly anticipated, this movie’s hype has been phenomenal.

Tarzan says . . . this movie is legit. I LOVED this movie so much I watched it four times in the theater.  I love, love, love Jennifer Lawrence and think she should legally change her name to Jennifer “Legit” Lawrence.  My favorite part was the training sequences and her nasty bad-assness.  When the “games” began I really liked it.  There were a few actors that I thought maybe delved into the depths of over-acting (i.e, the commanding peace keeper in district 13).  Another disappointment was the end because while it was true to the book, as a viewer I wanted more! I am looking forward to the next installment.  10 Vines!

Jane says . . . I read all of these books several years ago and was so very excited when I found out Hollywood was bringing them to the big screen.  The first installment, while enjoyable, left me feeling a little lukewarm.  This movie didn’t disappoint, and it shouldn’t have – Catching Fire was the best book of the series.  It was clear that the budget was bigger and the studio was behind this movie.  This installment did a great job of capturing the characters and Jennifer Lawrence is an excellent actor.  She does subtle nuance so well that when she’s making big acting decisions, the smaller ones round out her characters and make them believable. There were a couple of moments that bothered me like the three actors rolling around in the pond to wash off the acidic fog – their noises were a bit over the top – or the overacting peace keeper commander in district 13.  These come down to director decisions, but I can’t knock the movie for these small instances.  I was willing to watch this movie in the theater twice. 9 of 10 vines.